Our Teen Life Coaching Training Program™ will prepare you for a career in life coaching pre-teens and teenagers. You will learn the skills and tools necessary to help teens reach their full potential.

Taught by the #1 Teen Life Coach in the U.S. 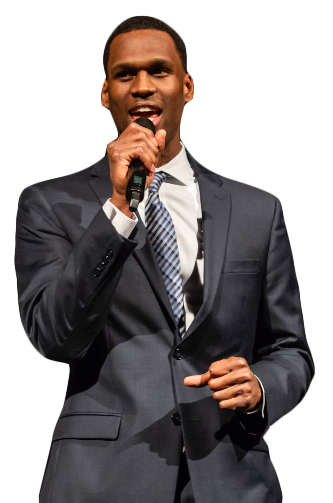 Creator and Host of A Teen’s Perspective Podcast. You heard me right. I am an orthodontist 😁

When I was in high school, my guidance counselor asked me to pick a career. “What do you want to do for the rest of your life?” she asked.

I replied with the most common phrase used by all teenagers, “I don’t know.”

I thought about that question for a while. I knew she would not allow me to use that common phrase again.

I replied,“I want people to be happy. I would spread happiness.”

“Great! You have two options. You can be a comedian or you can be an orthodontist.”

(Life coaching wasn’t a career back then.)

My decision was easy at that point. I was not funny so I chose to be an orthodontist.

I thought to myself, “Smiles are the logo for happiness so why not be the guy who creates them.”

I never strayed from that path and in May of 2012, it was official. I was an orthodontist.

And I felt that I was following my life’s mission to spread happiness until May of 2016, something happened!

If you have never had braces then you probably do not know the celebration that occurs when braces come off. It is a happy occasion.

The patient is happy and sometimes crying tears of joy. The parents are happy. My team is happy and I am happy. This was the image that was in my mind that day in the counselor’s office when I decided that I was going to be an orthodontist.

But something happened. A few days later, I received a phone call from that parent telling me that her daughter was unhappy.

She knew I mentored teenagers so she asked if I could help.

“I would be happy to talk with her but it sounds like she needs a therapist.”

I had only mentored teenagers at that time. I wasn’t trained to handle a teenager who was struggling with depression.

But that wasn’t all, the next week the same thing happened again. This time with a different parent. And again I referred them to a therapist.

But that wasn’t it because the same thing happened a third time.

At that moment, I knew orthodontics, alone, was not going to be enough to fulfill my life’s purpose of spreading happiness among teenagers.

You see, if something happens once, then it is random.

If something happens twice, then it is a coincidence.

If something happens three times, then I need to pay attention.

So the moment after I spoke with the third parent, I immediately started to research how I could help these teenagers.

I was prepared to pursue a degree in therapy until all three parents told me that therapy was not helping their child.

So I went back to the drawing board.

And that is when I discovered life coaching.

Today, I am happy to continue to spread happiness by creating smiles on the outside (as an orthodontist) and on the inside (as a teen life coach).

I originally joined Dr. RJ’s life coaching training because I wanted to quit my job and start a career where I can impact lives while making a good income. I did quit my job and I make an amazing income but what I am proud of the most, is the change that I made personally. Dr. RJ’s program not only prepares you to coach teenagers, it also challenges you to pursue your own personal transformation.
– Mitch Williams, LSA Certified Teen Life Coach

Who is this program for?

Dr. RJ is an amazing teacher. At first, I was intimidated watching Dr. RJ effortlessly change a teenager’s motivation in one session. I thought to myself, ” How is he doing that?” After week 4 in his program, I started to coach more confidently. His program is by far the best because it teaches you how to coach teenagers.
If you want to help tweens or teens, definitely join Dr. RJ’s training program.

What’s Included in this Program?

Each week, your teenager will learn tools, strategies, and techniques to effectively coach a teenager to success.

Each trainee, will meet with a life coach weekly to perfect coaching skills.

Each week, your teenager will join a virtual classroom that is led by Dr. RJ, #1 Teen Life Coach in the U.S.

Each week, you will have the opportunity to experience up to forty-hours of teen coaching. Each trainee will follow the formula, tell, show, do as it relates to life coaching.

Here is what parents have to say!

Update Required To play the media you will need to either update your browser to a recent version or update your Flash plugin.
Visit Podcast

You can tell in his podcast that he is really passionate about what he does! This is a great way to get good insight on the struggles of what teenagers go through.

I love this podcast! First, I noticed right away how the host connects so well with the teenagers.

I really enjoyed the first episode I listened to. I love the tone and honesty and think this show is going to provide to be super helpful and insightful.

Dr. RJ has helped me with my organization and he showed me how to be more efficient with my time.

After Dr. RJ worked with me to overcome my fear, things started to improve in my life. Now, I play hockey, I have a fun friend group, and I make all A’s!

My mom and I had a great conversation and I felt like I understood her more. Now, I notice my triggers more and I feel like I see things from others’ perspectives.

Dr. RJ gave me tools to use when I start to feel overwhelmed and anxious. By the way, I scored a 1510 on my SAT and I honestly believe that Dr. RJ had a lot to do with that.

Dr. RJ helped my daughter through one of the toughest times in her life. I noticed a transformation in less than four weeks. Every teenager needs a life coach. My daughter is literally a different child. Hiring Dr. RJ is one of the best decisions I’ve made as a parent.

I am officially a Teen Life Coach. Dr. RJ and the coaches at the Life Scholars Academy are true professionals. I was able to complete my curriculum in eight weeks. Dr. RJ, himself, helped me find my first five clients. This training is top-notched. Do not wait. Align yourself with Dr. RJ
-Samuel Peterson, LSA Certified Teen Life Coach

There is no guarantee that you will make any income. Like any business, it requires knowledge, emotional intelligence, and massive action to get these results.

The journey with Dr. RJ was amazing! I love coaching teenagers. It was the best decision I’ve made. Teaching was stressful. I never felt appreciated. Today, I am living my best life as a life coach for teenagers and I owe all of my thanks to Dr. RJ
-Leah Turner, LSA Certified Teen Life Coach Book Launch – How to Train Your Superhero How Your Teenager Can Overcome Anxiety?